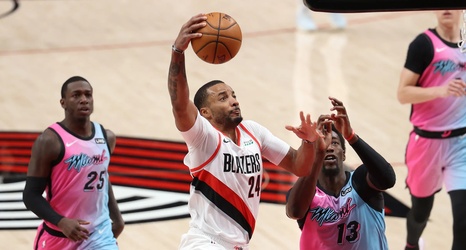 The Trail Blazers suffered a 107-98 loss to the Heat on Sunday. Despite a favorable rebounding edge and solid shooting in the first half, coach Terry Stotts’ squad could not outrun Miami’s disruptive defense. Offensively, the Heat rallied behind 42 combined points from Jimmy Butler and Bam Adebayo. For the Blazers, both Damian Lillard and CJ McCollum fell short of the 20-point threshold. As a team, Portland produced only four players in double figures.

You can check out our quarter-by-quarter breakdown by visiting our instant recap. Now, let’s get into the key points from the Blazers’ loss on Sunday.