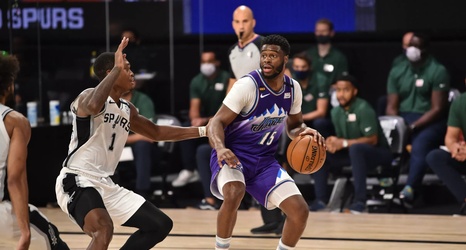 High-profile injuries to CJ McCollum and Jusuf Nurkic have put the Trail Blazers on uneven footing as they attempt to keep pace with the rest of the competitive Western Conference in a condensed regular season. Add in Zach Collins’ season-long absence and you have a situation that will force coach Terry Stotts to get creative with his starting and backup rotations.

This post focuses specifically on the Blazers’ McCollum-less backcourt. The former Lehigh standout is roughly four weeks away from having his foot fracture re-evaluated. Even with that date in mind, there is no clear indication of what his timeline could look like after that process unfolds.