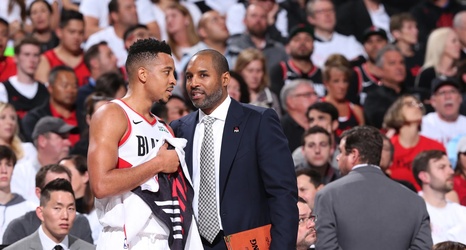 The NBA has fined Brooklyn Nets assistant coach David Vanterpool after he interfered in game play during the team’s win against the Washington Wizards on January 19.

The former long-term Portland Trail Blazers assistant was slugged $10,000 and the Nets $25,000 after Vanterpool reached across the sideline, deflecting an opponent’s attempted pass.

The incident took place with five minutes and 42 seconds remaining in the fourth quarter in the Nets’ 119-118 win at Capital One Arena in Washington DC.

The 48-year-old joined Steve Nash’s coaching staff in Brooklyn this season after spending the previous two seasons with the Minnesota Timberwolves as an Associate Head Coach under Ryan Saunders.