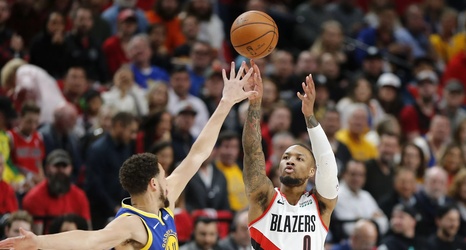 The NBA is in a golden-age of shooters, and the Portland Trail Blazers have one of the best in the league on their roster.

ESPN released their list of the absolute best shooters of this NBA decade, and Damian Lillard comes in at no. 8 on the list:

If it weren’t for Curry, Lillard would be revolutionary -- the greatest deep 3-point shooter we’ve ever seen. Along with Curry, Lillard is changing the way the league looks at acceptable shot distances. Both of these guys are comfortable pulling up from 30-plus feet, a distance that would have been laughable at the beginning of this century.