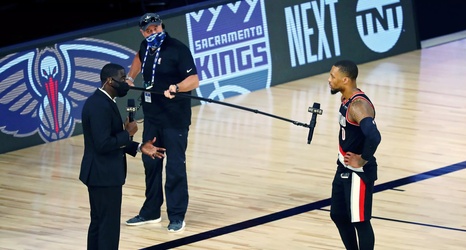 Portland Trail Blazers star Damian Lillard has been named a finalist for the Magic Johnson Award, it was announced Thursday. The award, which “honors the player who best combines excellence on the basketball court with cooperation and dignity in dealing with the media and the public,” is given out annually by the Professional Basketball Writers Association:

The PBWA created the Magic Johnson Award in 2001. The association’s members continue to regard Earvin “Magic” Johnson of the Los Angeles Lakers as the ideal model for the award.

The PBWA is composed of over 200 writers and editors who cover the NBA on a regular basis for newspapers, online outlets and magazines.