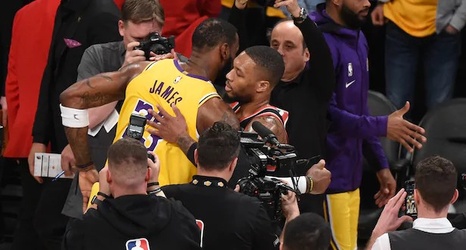 At this point, it's probably safe to say that LeBron James can't get enough of Damian Lillard.

In what is now the new normal for All-Star team selection, the NBA had the top two vote-getters from each conference -- for the second straight year, those honors went to LeBron James and Giannis Antetokounmpo -- draft their teams Thursday afternoon on TNT rather than simply putting the teams together by conference. The eight players who received the most votes from fans, players and media earn the right to start the All-Star Game and are selected first in the draft.