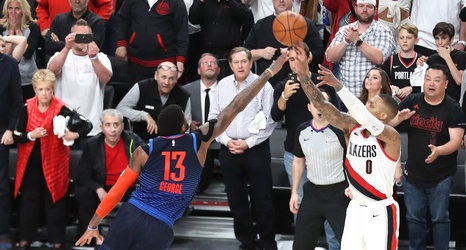 Damian Lillard’s Game 5 buzzer-beater to vanquish the Oklahoma City Thunder will go down in history as one of the greatest shots ever made in the NBA playoffs. Praise for Lillard’s effort was instantaneous and near-universal. Everyone who saw the ball go through the net as time expired became a fan, save Thunder defender Paul George, who claimed in a post-game press conference that the 37-foot attempt was a “bad shot”.

Beauty is in the eye of the beholder; Lillard’s attempt was certainly deeper than normal.