CJ McCollum On His Return, Wondering If His Career Was Over And The Birth Of His First Child 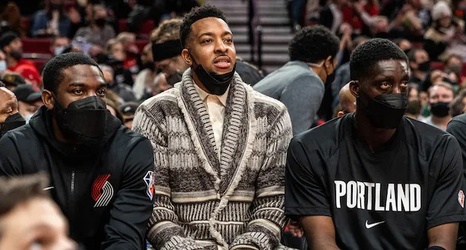 After Monday night's victory versus the Magic in Orlando, Trail Blazers guard CJ McCollum discussed returning to the lineup for the first time since suffering a collapse lung on December 4, not knowing if he'd ever be able to play again, how he feels physically after sitting out for six weeks, the injury giving him time to spend with his wife during the third trimester of here pregnancy, welcoming their first child, Jacobi James, into the world, how being a father has changed his perspective and the difficulty of leaving behind his wife and newborn in order to join the Trail Blazers in the middle of their longest road trip of the season.