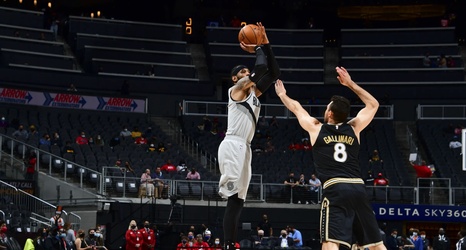 The Portland Trail Blazers’ winning streak hit a snag against the Atlanta Hawks on Monday, but that didn’t stop Carmelo Anthony’s march up the NBA’s all-time scoring leaderboard. Thanks to a 14-point performance, Melo passed Elvin Hayes to claim the No. 10 spot on the points list.

After the game, coach Terry Stotts acknowledged the milestone and delivered a game ball to Melo. Once he had the floor, the former Knicks star explained that he was not sure if he was going to be able to crack the top 10 after an abrupt exit from his pre-Blazers stint with the Rockets.