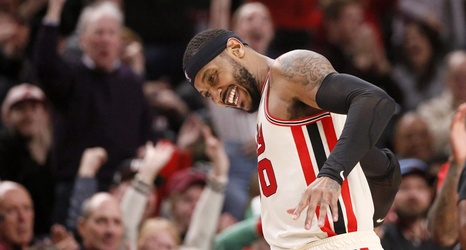 There is no doubt in Rip City that Carmelo Anthony provided a spark to a struggling Trail Blazers squad, and Dan Bernstein of the Sporting News details how Anthony has exceeded expectations during his time in Portland. Bernstein notes that for Anthony, a stop in Portland marks his return to the league after a year away, and that return is paying dividends for both Anthony and the Trail Blazers.

A lack of team-oriented play and jarring inefficiency nearly kept Anthony from ever playing in the NBA again, and made his signing this year at first look like a desperate pity play for a struggling Portland squad.