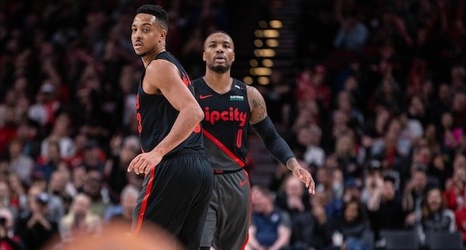 With 2019 NBA training camps starting up in two weeks (at least for teams not playing preseason games overseas), the content folks have turned their sights to preseason rankings in order to kill time before there's actual basketball to discuss. One could question the utility of ranking players/teams well before any competitive basketball has been played, as such rankings tend to be educated guesses at best and baseless speculation at worst. But there's also not much else going on, so there's no real harm to it either.

With that said, Greg Swartz over at Bleacher Report has put together his Top 10 backcourts going into the 2019-20 season, with Trail Blazers duo Damian Lillard and CJ McCollum taking the No.