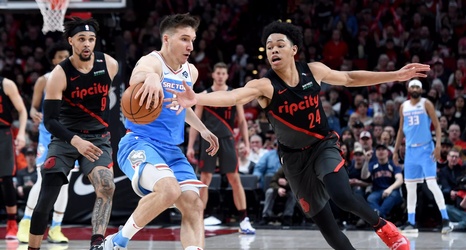 The Portland Trail Blazers just concluded an NBA Playoffs run all the way to the Western Conference Finals against the Warriors. However, that run might not have been possible without the team’s improbable comeback win against the Kings on the last day of the regular season. This win shook up the standings and sent the Rockets into the Warriors’ side of the bracket, while Portland faced the Thunder and Nuggets on their way to the WCF.

Head coach Terry Stotts talked with ESPN’s Kevin Pelton and Baxter Holmes about the impact that the win over Sacramento had on the entire playoffs:

“That comeback changed the dynamics of the playoffs for a lot of teams, but certainly for us,” Stotts said during the second round en route to a Western Conference finals loss to Golden State.