Blazers Use Hot Shooting to Down Celtics 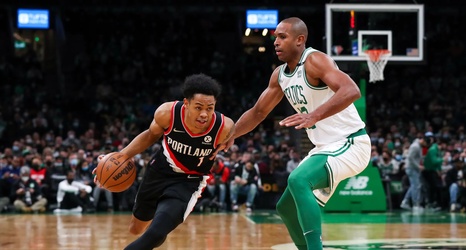 Lacking the ability to blow out the opponent, the Blazers held on long enough to make the game a coin flip, then won it. Three-point shooting (and the lack of same for Boston) kept them in the match. Portland shot an amazing 16-33, 48.5% from the arc. Then, when it came to crunch time, Portland kept their heads as Boston crumbled around them.