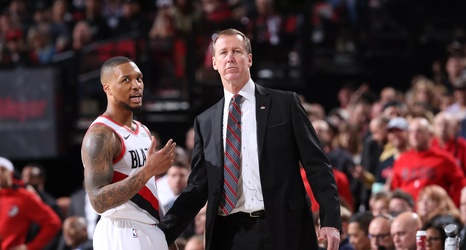 Derailed by injuries and a re-tooled roster, the Trail Blazers season appeared to be teetering on the edge of a lost campaign. Now winners of three straight, the Blazers are within striking distance of the Western Conference postseason picture. Improved health from Damian Lillard, an engaged Hassan Whiteside, a rejuvenated Carmelo Anthony and a suddenly-friendly schedule have combined to reverse Portland’s fortunes through.

There is one factor that is overlooked when examining the Blazers’ turnaround: the steady hand of coach Terry Stotts. Injuries, roster turnover, coaching changes and a road-heavy schedule are familiar hurdles for Portland’s established frontman.