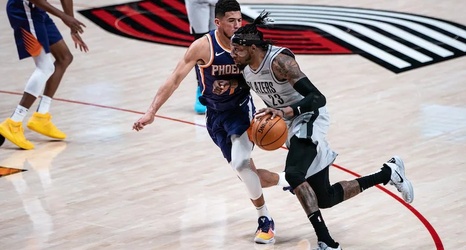 It took a while, but the yearly tradition of the Trail Blazers going on a late-season rally seems to have arrived. But despite winning five-straight and nine out of their last 10, they still are not assured a post in the 2021 Playoffs.

That would change with a win tonight in Phoenix.

With two games to play, the Trail Blazers need one win to secure their eighth-straight postseason berth, which they’ll try to get when they face the Suns in a nationally-televised contest Thursday night. Tipoff is scheduled for 7 p.m.

• The Trail Blazers May 13 game against the Suns will be the third and final matchup between Portland and Phoenix in 2020-21.