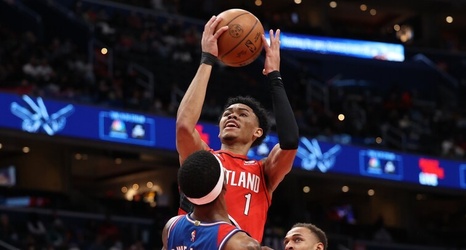 WASHINGTON, D.C. -- The Trail Blazers got just their third road win of the season and their first on a six-game trip with a 115-110 victory versus the Washington Wizards in front of a crowd of 15,124 Saturday night at Capital One Arena.

“I was happy man, it just felt like we came out with the right mentality early on,” said Trail Blazers head coach Chauncey Billups. “It was really defensive. Obviously Ant (Simons) had a huge first half, you’ve got to love the shot making obviously, but our defense was so in-tune with each other the entire time.