Blazers Finish Back-To-Back With Another Blowout Win, This Time Versus Spurs 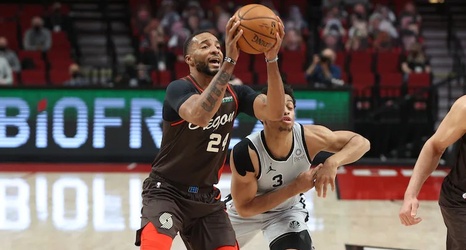 PORTLAND -- The Trail Blazers kept pace in the race to stay out of the play-in tournament with a 124-102 victory versus the San Antonio Spurs in the second game of a back-to-back for both teams Saturday night at the Moda Center.

“I think we’ve been playing good basketball for a while, tonight was just another one,” said Trail Blazers head coach Terry Stotts. “I didn’t think we got loose with the game even though we had a lead.”