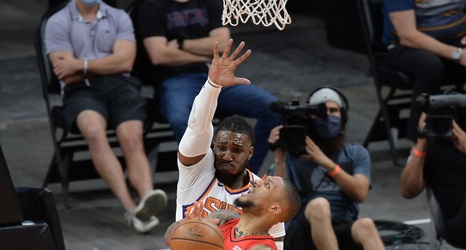 The Portland Trail Blazers battled hard but were outplayed by a scrappier Phoenix Suns squad on Thursday night, falling on the road 118-117 and snapping a five-game winning streak.

The Blazers had a good chance to put the game away in the final minute, but two costly missed free throws by Robert Covington with five seconds remaining set up a game-winning foul attempts at the other end for Devin Booker as Norman Powell brushed him on the game-deciding shot.

It was one of the more frustrating endings to a game in a season wrought with aggravating finishes.