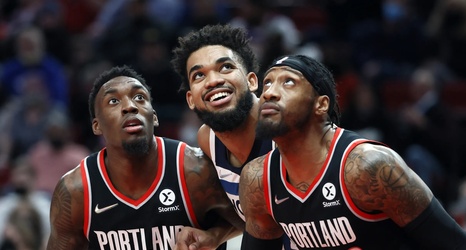 The Portland Trail Blazers and Minnesota Timberwolves played a sloppy, offensively-sporadic game on Tuesday night at the Moda Center. Normally-sure scorers Anfernee Simons and CJ McCollum were shooting wonky. Karl-Anthony Towns also looked loopy for the Timberwolves. The result was an up-and-down, turnover-intensive affair that saw both teams take leads, then fumble them away.

Amid the muck, Timberwolves forward Anthony Edwards stepped up, scoring 40 points, including several in the back-and-forth final period, leading his team to a 109-107 victory. Jusuf Nurkic and Nassir Little each scored 20 to lead the Blazers. Nurkic added 14 rebounds in the loss.