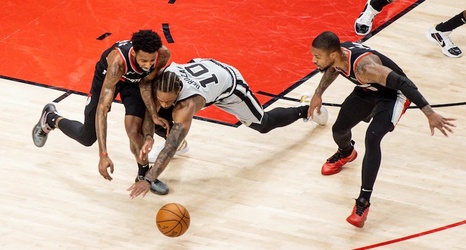 After playing three game at home, all against teams from the Eastern Conference, the Trail Blazers head out for a two-game trip starting in San Antonio versus the Spurs in the second of three scheduled meetings between this season. Tipoff is scheduled for 5:30 p.m.

• The Trail Blazers April 16 game against the Spurs will be the second of three matchups between Portland and San Antonio this season.