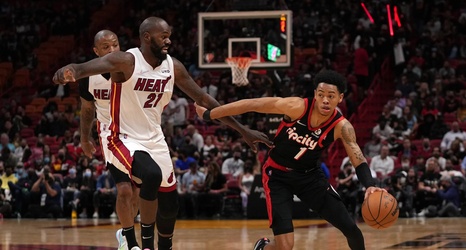 Portland Trail Blazers guard Anfernee Simons is putting together a breakout 2021-22 NBA season, headlined by a blistering-hot January run. Since entering the starting lineup in the first game of the new year, Simons has averaged 26.1 points and 8.0 assists per game on 50 percent shooting from the field and 43 percent shooting from distance.

The numbers are so good, they’re catching the attention of the national media. In his list of NBA Second-Quarter Awards — which looks at games from December 2 through the third week of January — The Ringer’s Dan Devine spotlights Simons as the Most Improved Player of the Quarter.