Anfernee Simons, A 'Skinny Guy That Floats,' Is Ready For His Dunk Contest Invitation 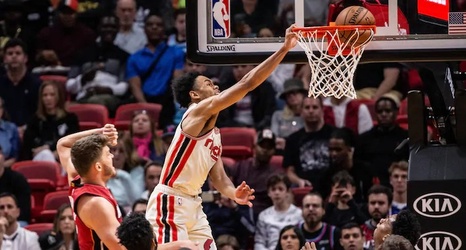 For a player with such an impressive vertical, there’s a surprisingly scant amount of video footage of Anfernee Simons dunking. It’s usually a memorable viewing experience when it happens, but through 61 games over the course of two seasons, the 6-3 sophomore out of IMG Academy has only logged 10 dunks, which feels almost deprivational considering the way his teammates have described some of the things they've seen him do since arriving in Portland.

"There’s athleticism, there’s elite athleticism," said Damian Lillard. "And then there’s what (Simons) can do."

But after building mystic for the last year and a half, Simons says he's ready to show the world what he can do in the air.