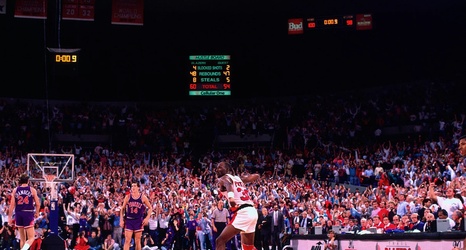 The NBA released its 2019-20 regular season schedule yesterday. Let’s check out some key revelations for the Trail Blazers:

The Blazers will be on national television 20 (twenty!) times next season — nine appearances on ESPN, 10 on TNT, and one on ABC. The lone ABC game against the Rockets on Mar. 13 is also the only early start of the season; 12:30 pm in Portland.

Portland had 13 national TV games scheduled last season and 11 the year before. I haven’t done a definitive search through team history yet, but it’s likely this is the most regular season national TV appearances ever for the Blazers (comment below if you can find a season with more national TV!