After Playing Through Pain, Lillard Swallows His Pride To Play 'The Long Game' 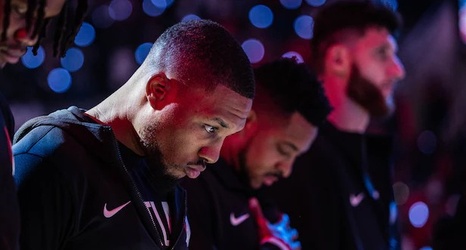 It wasn’t until the last day of 2021 that Damian Lillard finally accepted what his body had been telling him for years.

While he had managed to play at a remarkably high level for the last four seasons despite an injury to his core that would often result in his abdomen locking up, making it hard at times to walk, let alone play NBA basketball, the years of compensating were starting to catch up. A cortisone injection helped alleviate the pain, allowing Lillard to play closer to the standard he’s set as one of the greatest players in franchise history, but as expected, the benefits from such a treatment were short-lived.