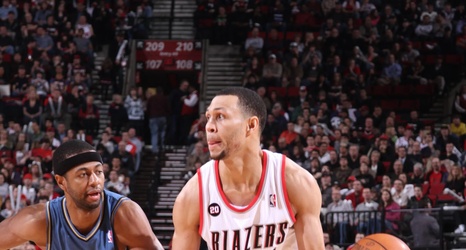 In the 326 games of Brandon Roy’s career, he recorded 335 steals, averaging just over one per game.

But on this day in 2009, the former Portland Trail Blazers star made history, stealing the ball 10 times — tying a franchise record that still holds today.

Roy came away with a double-double, scoring 22 points and nabbing 10 steals in a 100-87 win over the Washington Wizards.

Roy became the third player in Blazers franchise history with double-digit steals in a game, tying a record set by Larry Steele in 1974 and matched by Clyde Drexler in 1986.