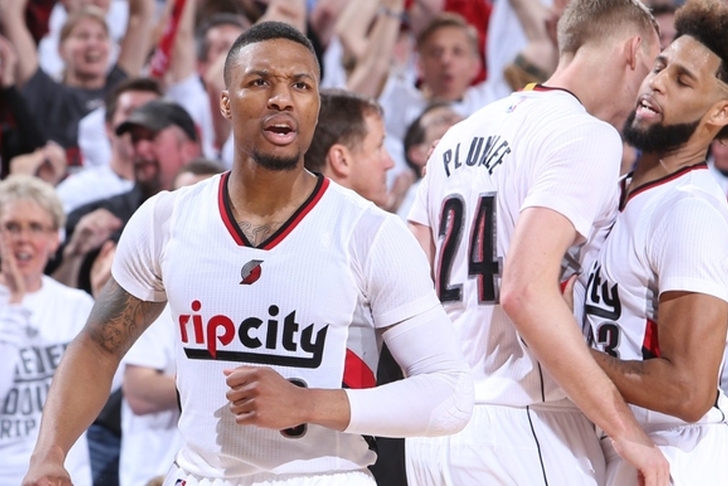 After blowing a 17-point lead in their Game 2 loss, a return home is exactly what the Portland Trail Blazers needed to get back on track.

The Blazers started fast and never relented, riding a huge 40-point, 10-assist night from Damian Lillard to get the 120-108 win over the Golden State Warriors. Portland now trails the series 2-1.

Golden State was able to build an eight-point lead in the first quarter thanks to Klay Thompson's hot shooting (18 points in the quarter), but the Blazers outscored the Warriors 38-18 in the second to take a 58-46 lead into the break. Portland's lead was never cut below nine for the rest of the game.

Al-Farouq Aminu stepped up in a big way for the Trail Blazers, finishing with 23 points (on 8/9 shooting, 4/5 from three) and 10 rebounds. C.J. McCollum also added another 22 points.

Draymond Green nearly had another triple-double to lead Golden State with 37 points, nine rebounds and eight assists, while Thompson finished with 35 points. Leandro Barbosa (10 points) was the only other player in double-figures.