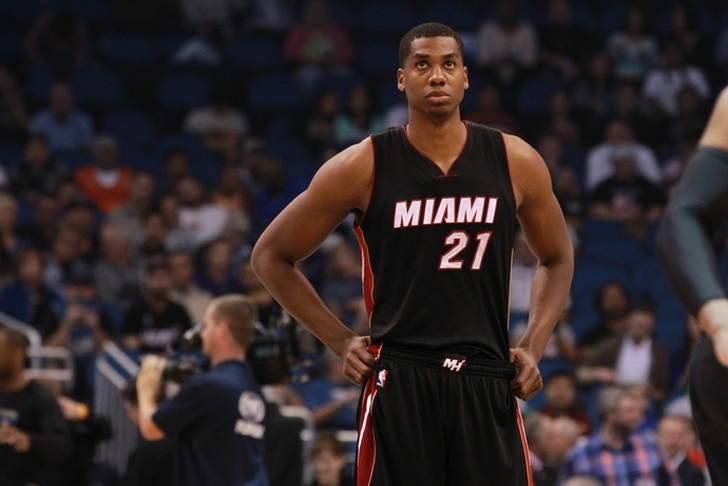 The Portland Trail Blazers were one of the biggest surprises in the NBA last season, and the promising young team is looking to free agency to help them become a true title threat. In particular, the Blazers are looking for another big this offseason. Here are all the latest Blazers rumors and news you need to know.

Portland Gets Meeting With Whiteside
The Trail Blazers are going to get a meeting with Hassan Whiteside, reports ESPN. He'll meet with the Lakers, Heat and Mavericks shortly after free agency starts. Portland can make the cap space needed to add Whiteside fairly easily. Whiteside has said he wants to make his decision quickly and will meet with teams after the NBA lifts the ban on teams meeting with players after midnight tonight.

Trail Blazers And Howard?
If the Blazers can't land Whiteside, they could turn to Dwight Howard. Zach Lowe of ESPN reports the Blazers "will absolutely look at Howard." That report is backed by Sam Amick of the USA Today, who says the Blazers are interested in a short-term deal with Howard. He's not the offensive threat he once was, but Howard can still provide defense and rebounding.

Trying to determine Olshey's plan in FA, but so far agents tight-lipped. One bit of info: Blazers have NOT shown interest in Ryan Anderson

Cross another free agent off the Blazers' radar (at least in early going): Agent for center Ian Mahinmi says Portland has not shown interest

Anderson is a classic stretch-four, but has defensive issues. Mahinmi would likely be a backup center. Both players are a bit older than the rest of the Blazers' core, which could play a factor.

Follow our Portland Trail Blazers team page for all the latest Blazers rumors!