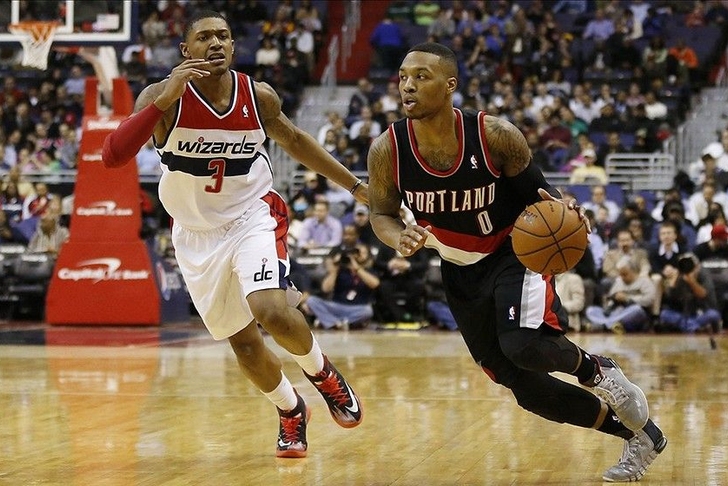 The Washington Wizards (29-14) take on the Portland Trail Blazers (31-13) in a battle of heavyweights from the East and the West. Washington has had almost three full days of rest since Wednesday's overtime loss to the Oklahoma City Thunder, while the Blazers are trying to stop a run of poor form that's seen them drop five of six and fall out of second place in the Western Conference.

The Blazers do have one piece of very good news heading into tonight's game, though - star PF LaMarcus Aldridge had been expected to miss extended time with an injury to his thumb ligament, but after consulting with doctors, he's decided he'll try to play through it.

Where: Moda Center, Portland OR

How well will Aldridge play with an injured thumb?

Aldridge was averaging 24.2 points and 8.6 rebounds in January before injuring his thumb, and the Blazers will have to hope he can continue that momentum. Portland badly needs to stop the bleeding after dropping five of six, and they'll need Aldridge in top form if that's going to happen.

Can Bradley Beal break out of his mini-slump?

It's easy to forget that Beal is just 21, and there's going to be some inconsistency as he continues to improve. Still, he's shooting just .397 from the field over his last five games, and he put up a 5-21 stink bomb in Washington's loss to the Thunder. If he can't keep up with Blazers gunner Damian Lillard, the Wizards will face a much tougher task.

Portland will be playing at home, where they're 19-5 this season, and the return of Aldridge so soon after what looked like a serious injury will be a huge morale-booster for the Blazers. Washington is a very, very good team, and this will be close, but we see Portland breaking out of their slump thanks to Aldridge's early comeback.