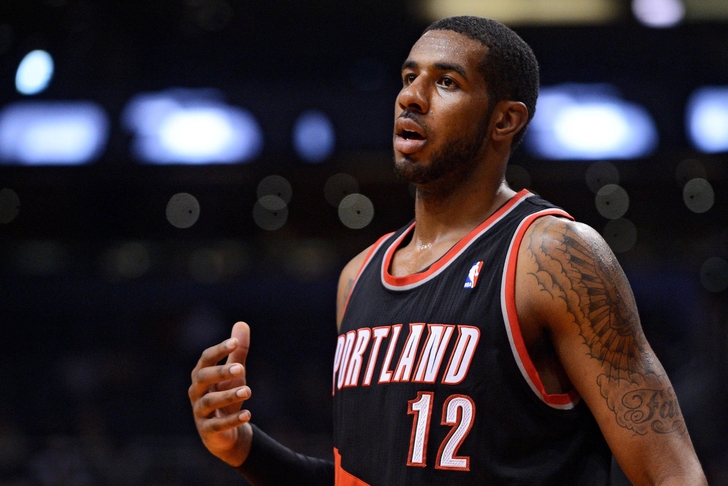 The Portland Trail Blazers currently have the second-best record in the Western Conference, but that seemed to be put in jeopardy when the team announced that star forward LaMarcus Aldridge would miss six-to-eight weeks while had surgery to fix a thumb injury.

That seemed to be set in stone, but then Aldridge announced he would be delaying surgery and would play with the injury.

"It was just me (making the decision)." Aldridge told USA TODAY Sports. "I hadn't played in ... five or six days, and it was just getting to me. So when I went to shoot-around (on Saturday), I wanted to try to shoot with (the injured thumb). Then they taped me up, and I shot with it. So then, I was like, 'Well, I want to play one-on-one,' and I played one-on-one with one of the (assistant) coaches full court. And that felt good. After that, I just felt like, 'You know, I want to give it a try.' "

Aldridge can't do any more harm to his thumb that couldn't be fixed by the forthcoming procedure, but surgery will be required at some point. However, Aldridge wasn't ready to accept putting Portland's season at risk.

"This wasn't a one-game thing," Aldridge said. "Once I said I was going to try, then I was back. And if it became too much, then I was going to have surgery. ... So as of now, I'm back. But if I get it whacked or if something happens where I can't tolerate it and I'm not playing at a good enough level to help the team, then I'll have surgery. But as of now, I think they have done a good job of protecting it, so I'm back for the season and then I'll just have surgery in the offseason."