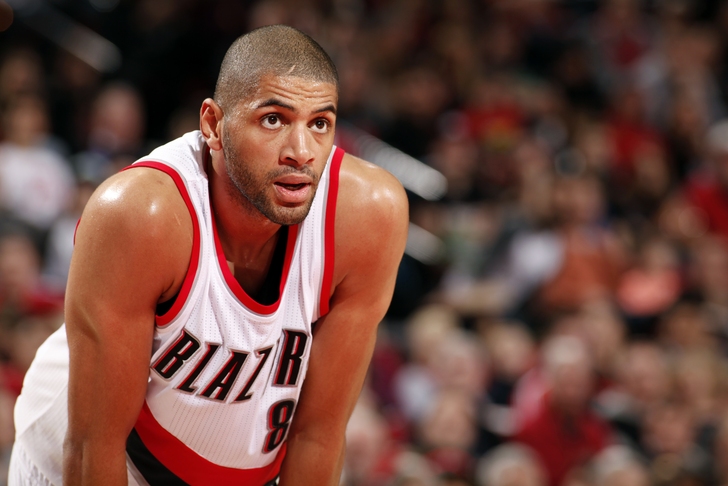 LaMarcus Aldridge will likely get most of the press in free agency next summer, but Portland Trail Blazers shooting guard Wesley Matthews will be another free agent from the Pacific Northwest that teams with salary cap space like the New York Knicks are likely to consider.

Per Marc Berman of the New York Post, “on the surface, shooting guard isn’t a Knicks need until you consider: Iman Shumpert is a free agent and could be traded at the deadline. J.R. Smith has an opt-out clause he may use to get away from the triangle offense, and Tim Hardaway Jr. hasn’t been a favorite of the new regime because of his defense.”

The Blazers intend to re-sign both Matthews and Aldridge, but Matthews’ likely $10 million-per-year price tag might prove tricky from a financial perspective - an 'in' that the Knicks and other teams in need of shooting would likely pounce on without hesitation.

“Definitely, but for now I’m a Trail Blazer,” Matthews said when asked if he was excited for his upcoming free agency. “It’s the only thing I see. I’m really not thinking about it.’’

He is currently making $7.8 million this year and will be a fully-unrestricted free agent in July.