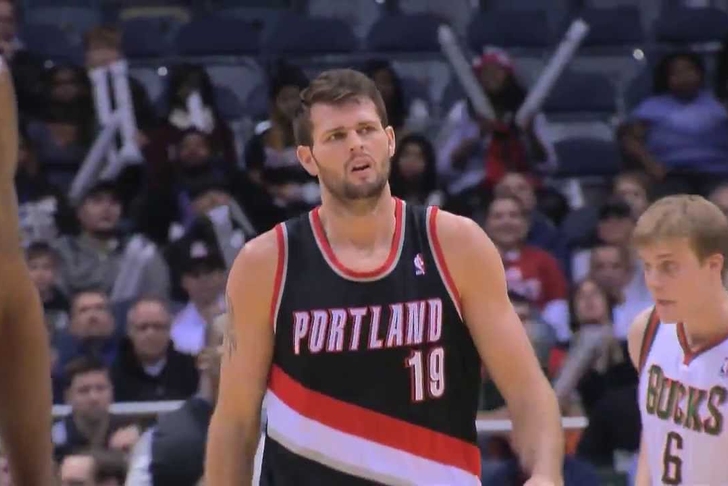 The Portland Trail BlazersT are now even thinner in the frontcourt after big man Joel Freeland suffered a right shoulder strain in Saturday's 115-107 home loss to the Atlanta Hawks.

Freeland injured his shoulder during a block of a Paul Millsap dunk attempt with nine minutes left in the fourth quarter. He immediate grabbed at the injury and walked off the court towards the locker room.

Per Mike Richman of The Oregonian, "the Blazers announced on Saturday night that a results of magnetic resonance imaging revealed a "strain" in Freeland's right shoulder. Freeland will be reevaluated after sitting out for two weeks."

Freeland had started the last seven games at center with Robin Lopez out until at least February with a fractured right hand. Thomas Robinson and Meyers Leonard are likely candidates to replace Freeland for the time being.