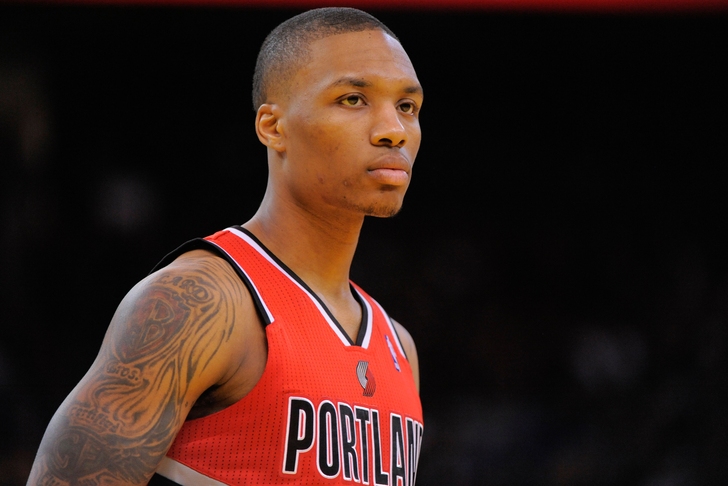 Portland Trail Blazers superstar Damian Lillard was seen wearing protective wrap and padding on his right hand during the team's workout on Saturday.

For more on Damian Lillard and the rest of the Portland Trail Blazers, follow our Trail Blazers news page today!

Lillard was apparently whacked on his hand during the Blazers' 114-93 victory over the Philadelphia 76ers on Friday, landing him a deep bruise in the process. During practice, Lillard gave no weight to the injury, saying that he was "fine."

In fact, despite a history of wearing extra protection on his right hand due to a history of injuries during high school and college, Lillard doesn't expect to need such protection when the team takes the court against the New York Knicks on Sunday.

"I can't -- I've already got enough on my finger," he said, pointing to protective splints he's already forced to don on two of the fingers of his right hand. "It's hard enough adjusting to this."