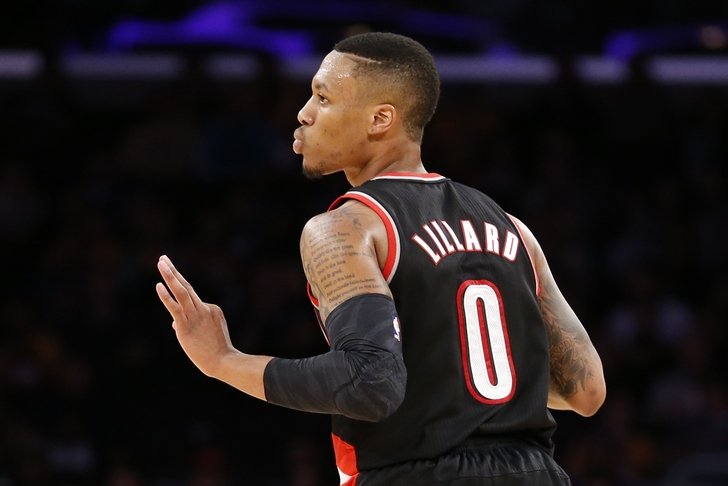 While being left off the NBA Western Conference All-Star team was tough for Portland Trail Blazers star Damian Lillard, it may have been even tougher for Blazers fan Josh Thatcher.

@BarbaraTitus @ichapod that shoe Brandon was gonna eat if we lost to Lakers? I'll eat it if Dame misses.

Thatcher bet a few other Blazers fans on Twitter that Lillard would indeed take the All-Star spot vacated by the injured Kobe Bryant. However, the honor went to Sacramento C DeMarcus Cousins instead and Thatcher was forced to make good on his word.

So, Thatcher reported found a used baby shoe from Goodwill Industries, boiled for the sake of either safety or taste, and then blended it into a good old-fashioned smoothie.

While we're all heartsick for Damian Lillard for missing out on an honor he so rightly deserves, also keep Thatcher (and his likely odd case of indigestion) in your thoughts.