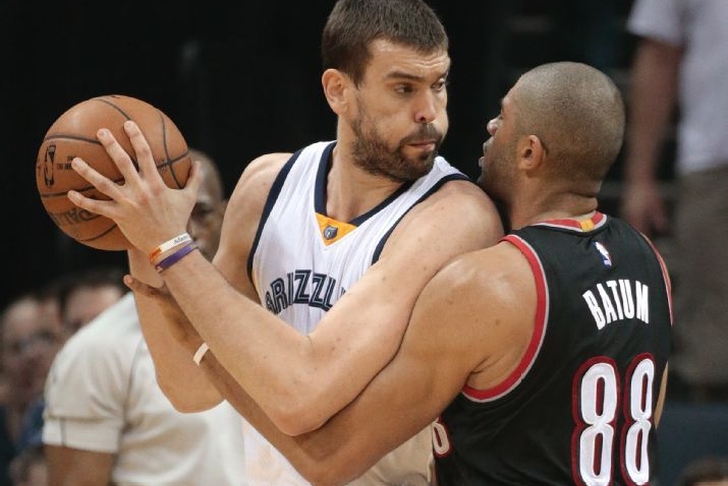 The Memphis Grizzlies absolutely dominated the Portland Trail Blazers in Game 1 as they built a 29-point lead in the third quarter of their 100-86 victory. Will they dominate again in Game 2, or will the Blazers pull the upset on the road?

Can LaMarcus Aldridge and Damian Lillard be more efficient?

Aldridge and Lillard combined for 46 points in Game 1 on just 18-55 shooting (32.7 percent), a number that torpedoed the Blazers in their first matchup. Portland relies on Aldridge and Lillard to carry their offense - particularly after losing Wesley Matthews for the season - and they need to be much more efficient in Game 2 if the Blazers are going to have any chance at winning this game.

Who steps up for Memphis in Game 2?

Beno Udrih gave the Grizzlies a surprising spark off the bench with 20 points in Game 1, and that was the biggest reason why Memphis was so dominant. Chances are Udrih won't be able to repeat that performance, meaning the Grizzlies need to find that production from someone else if they want to win Game 2.

Memphis looked unstoppable in Game 1, but that was the best game they've played in the past two months. On the flip side, Portland played perhaps their worst game in that time frame, which led to the blowout result. I expect Damian Lillard and LaMarcus Aldridge to have much better games tonight, leading Portland to a surprising victory.