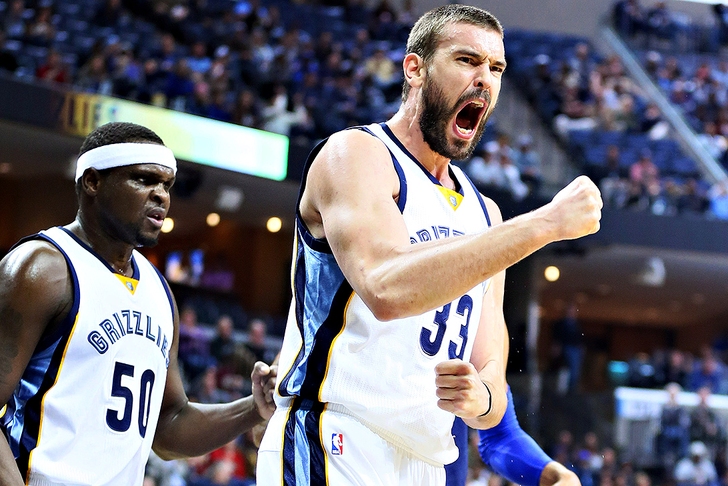 Can Portland turn things around?

After opening a five-game road swing with an impressive 113-97 win in Toronto, the Blazers have lost three straight, including a deflating 111-104 defeat in Orlando on Friday. Portland has fallen back to 4th in the Western Conference due to their recent scuffles, 1.5 games behind the Houston Rockets and 3 games behind their opponent tonight, Memphis, for the 2nd seed. A win tonight and the Blazers will end their road trip on a needed upswing as they jockey for position down the stretch,

Will Gasol and Z-Bo neutralize Aldridge?

Portland's LaMarcus Aldridge remains a dominating presence on the block despite playing through a thumb injury, but he'll have a hard time owning the paint against Memphis' frontcourt duo of Marc Gasol and Zach Randolph -- both of which brutalized the Dallas Mavericks down low in a convincing 112-101 win on Friday.

This has potential to be one of the week's most playoff-like showdowns, but we're giving Memphis the edge due to home-court advantage and a healthy Mike Conley -- one of the most underrated faciltators in all of the NBA.