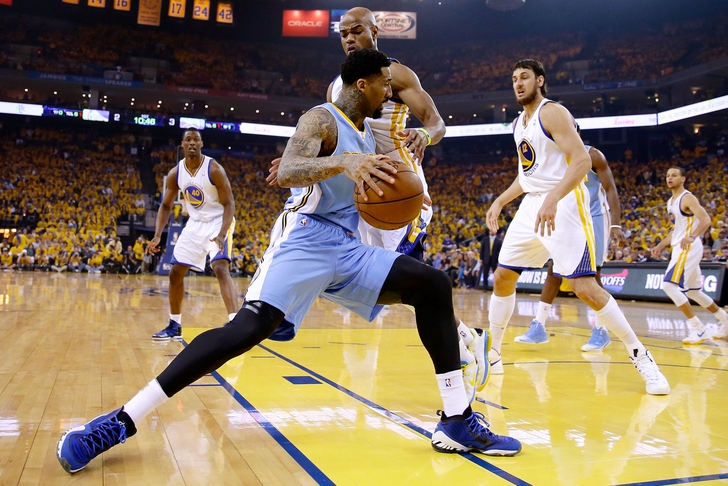 The Portland Trail Blazers are in need of frontcourt help due to injury, and they may end up targets Denver Nuggets wing Wilson Chandler before February's trade deadline - provided they're willing to give up what it takes to get him.

Per Mike Richman of OregonLive, "with several Western Conference teams bolstering their rosters via trades, Grantland's Zach Lowe suggests Portland could be in the mix to land Denver Nuggets wing Wilson Chandler if the Blazers are willing to part with a first round pick"

Chandler is averaging 14.2 points and 5.9 rebounds in 31.6 minutes per game for the Nuggets in 2014-15. While he's currently nursing a right knee strain, Chandler will likely garner significant trade interest as contenders look to bolster themselves for the stretch run.

Denver is currently four games behind Phoenix for the 8th spot in the West, and with two other teams in front of them including the Oklahoma City Thunder, Denver might very well be in seller's mode before the trade deadline.