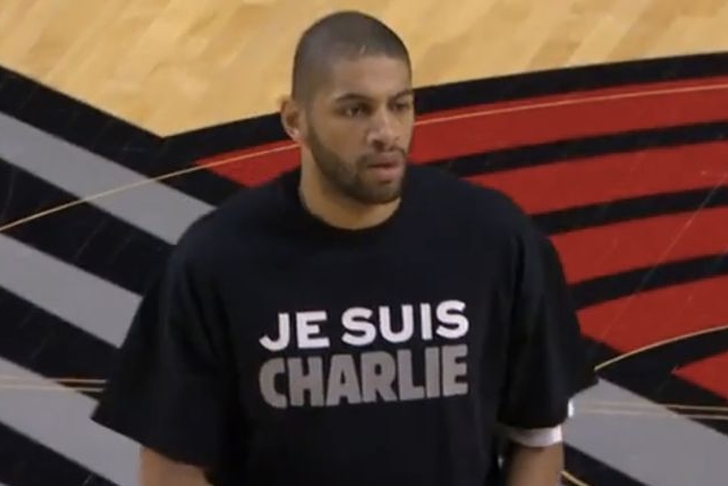 Portland Trail Blazers SF Nicolas Batum might be playing far away from his homeland of France, but he still took time out to acknowledge the tragic events that took place there this week.

Batum wore a shirt with 'Je Suis Charlie' (I am Charlie) printed on it to shootaround Thursday, an act of solidarity with those killed in the Charlie Hebdo shooting Wednesday.

“I woke up this morning and it was the first thing I saw.,” Batum told reporters. “That’s sad, twelve people killed like this. I have no words to explain what happened. I read that this morning, people came in and shot police. It’s sad for those people who tried to do their jobs.

“We have different opinions, okay,” Batum said. “But you’ve got to respect everybody’s opinion. You can’t shoot those people… You can’t kill someone because you disagree with somebody.”

Batum was born in Lisieux, a town of about 25,000 in the north of France. He played for Le Mans for two seasons before being drafted in 2008, and returned to his home country during the 2010/11 NBA lockout to play for SLUC Nancy Basket.