4 Teams Most Likely To Land LaMarcus Aldridge In Free Agency 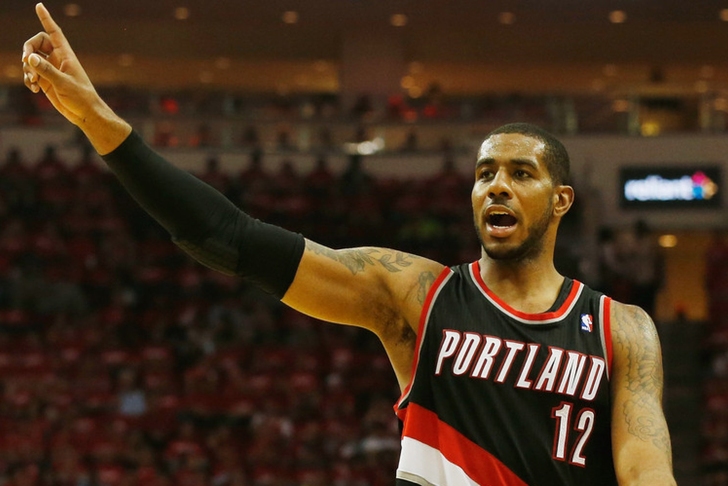 Portland Trail Blazers forward LaMarcus Aldridge will be one of the most sought-after free agents this offseason with several teams pursuing his services. Which teams have the best chance to land him?

Aldridge averaged over 23 points and 10 rebounds per game while playing through a thumb injury that will need surgery in the offseason. Aldridge will get max offers from every team – the Spurs, in particular, are very interested in him – but the chance to return to his hometown team could be enough to get him to leave Portland.

Portland can obviously give Aldridge a max deal and will do whatever they can to keep him, and given the fact they can offer him a longer contract for more money, they have a pretty good chance. Reports indicate that he is favoring signing elsewhere this offseason, but if he wants the most lucrative deal, Portland is the way to go.

Los Angeles has more cap space than anyone else this summer with only four players currently on their roster, and Aldridge loves the idea of playing in Hollywood. The Lakers are competing with his desire to return to Texas and Portland's money advantage, but the allure of the purple and gold certainly puts them in the running.

San Antonio will have an enormous amount cap space this summer – especially if Tim Duncan and Manu Ginobili retire – and Gregg Popovich reportedly sees Aldridge as someone who can fill Duncan’s role to a tee. His shooting ability keeps driving lanes open, but he’s also dominant on the low block and is a good passer.

Aldridge is from Texas and played for the Longhorns in his one year of college, and has gushed about Popovich and the Spurs organization numerous times. The Blazers believe that if he leaves Portland for any team, it will be the Spurs.