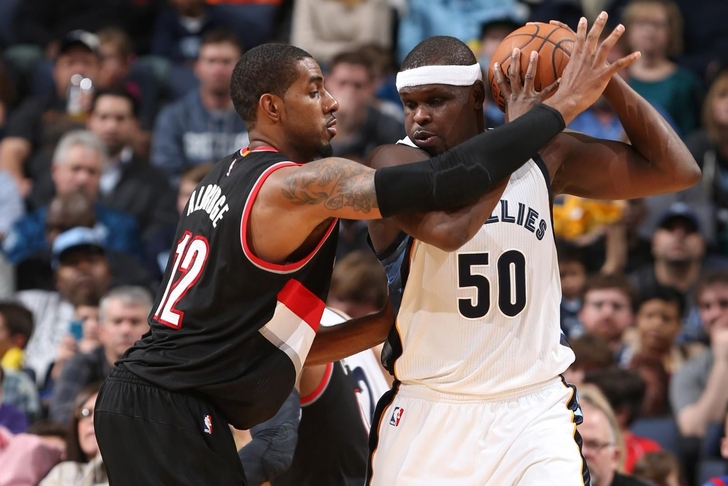 The Portland Trail Blazers and Memphis Grizzlies are two of the several Western Conference teams that have expectations of advancing to the NBA Finals, but one of them will have to go home after this series.

Portland officially holds the No. 4 seed because they won the Northwest Division, but Memphis has home court advantage in this series because they have a better record. The Grizzlies also swept the regular season series, winning all four matchups.

Can Marc Gasol and Zach Randolph dominate this series?

Portland is a very versatile team, but Memphis is most successful playing a grind-it-out style that relies on their post players. Gasol and Randolph have carried the Grizzlies to the Western Conference Finals by playing this style, but it puts a lot of pressure of them to control each and every game. If they can control the style of play in this series, the Grizzlies will advance, but if not, they'll lose.

How will injuries affect Portland? Starting shooting guard Wesley Matthews suffered a ruptured Achilles shortly after the All-Star break and has missed every game since, forward LaMarcus Aldridge is playing through thumb and foot injuries, and forward Nicolas Batum is playing through a knee injury. As banged up as they are, Matthews is the only player who will miss this series, and he's been adequately replaced by Arron Afflalo, who they required at the trade deadline. Portland will be fine if everyone can stay healthy...but that's a big if.

Memphis has fallen a long way from looking like they would be the surefire No. 2 seed in the West, but they're just not playing very well right now. Portland can attack Memphis' strong defense from inside and out, and they'll rely on that offensive versatility to knock off the Grizzlies.