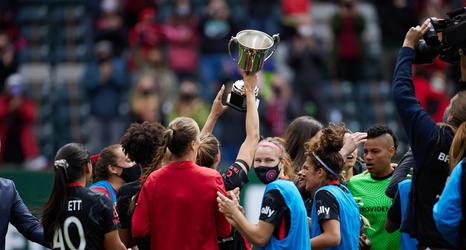 The Women’s International Champions Cup announced today the rosters of the four teams participating in the tournament. Portland Thorns FC, FC Barcelona, Olympique Lyonnais, and the Houston Dash will compete for the WICC title from Aug. 18-21 in Providence Park.

This is the third WICC, which was created by Relevent Sports Group. The previous two editions were played out in 2018 and 2019. The 2021 WICC will feature 16 players who competed in the Tokyo Olympics, including Canadian gold-medalists Christine Sinclair, Allysha Chapman, Nichelle Prince, and Sophie Schmidt.

“Other than the Olympics themselves and the World Cup, nowhere else in the world will you see this much world-class talent on the field at the same time,” said Susie Fiore, head of the Women’s ICC.