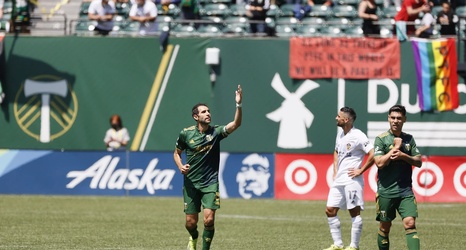 Normally, the content that runs day before Portland Timbers matchdays is some sort of tactical preview, which identifies the key things that Portland needs to do to overcome their opponent. Similar things are done before Portland Thorns matchdays, identifying key areas of focus for the team’s next game.

Well, this isn’t going to be that kind of pre-matchday article. It’s going to be something a wee bit different.

(If you’re curious what the tactical keys for the Timbers are tomorrow, they’re probably something along the lines of “Put pressure on Gianluca Busio, don’t let SKC’s wingers turn you into orange practice cones and don’t look like sacks of potatoes when defending set pieces.