Weaver’s late winner seals the WICC title for the Thorns 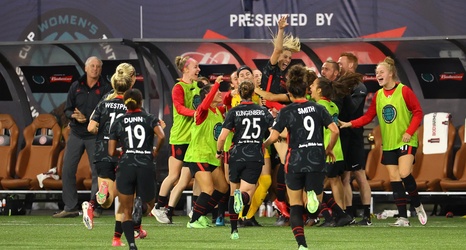 The first half started with both teams looking to build out of the back. They did so with efficiency and urgency and play rarely slowed throughout the half. In the second minute, Olivia Moultrie clipped a ball into space. Madison Pogarch, who was playing as a forward, ran onto it and crossed to Smith at the near post. She was tightly marked and her shot dribbled wide.

Lyon created a chance of their own moments later when Melvine Malard flashed a header wid of Bella Bixby’s goal. The half continued its back and forth nature. Malard had another chance after a Thorns’ giveaway in possession but Bixby was there to stop the shot.