Timbers score early, but can’t hang on as they fall 2-1 to Minnesota United on the road 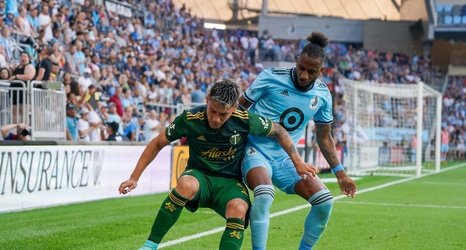 The Portland Timbers have recently become merchants in late game drama. It had been in their favor as of late, but tonight it came back to doom them, as they fell 2-1 against Minnesota United by way of an 85th minute winner from Robin Lod. Felipe Mora scored again, but it wouldn’t be enough, as the Timbers tired legs couldn’t handle a late barrage from the Loons as Portland dropped their latest result on the road.

The match opened up with both teams willing to press and attack the other side. Minnesota opted for combination play at the top of the box, and the Timbers looked to collect and counterattack.