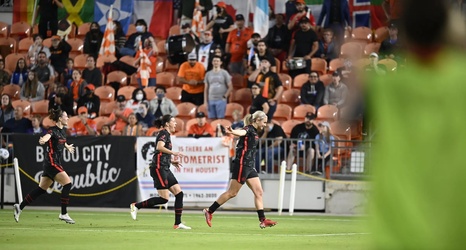 The Portland Thorns clinched the club’s second-ever NWSL Shield and a home playoff semifinal match with their 1-0 win at PNC Stadium against the Houston Dash. With the win, Mark Parsons became the winningest manager in NWSL regular season history.

The Thorns dominated proceedings from the first whistle. They possessed the ball and looked to find Morgan Weaver behind the defense early. In the second minute, the Thorns thought they should’ve been awarded a penalty twice. Lindsey Horan was taken down in the box before Christine Sinclair got to the ball. She poked it to Rocky Rodriguez and went down as well.