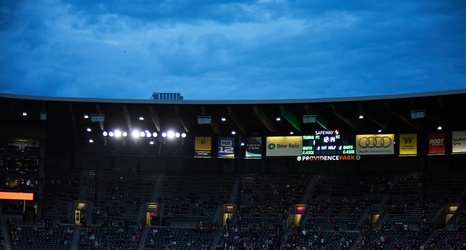 NWSL fans have branded West Coast night games ‘NWSL After Dark’ for a reason and last night we saw why. At the end of the Portland Thorns vs. Kansas City match Simone Charley, Mark Parsons, Morgan Weaver and Kristen Edmonds were sent off. The Thorns won the match 2-1 despite finishing the match with nine players.

But the NWSL After Dark Energy could be felt even before kickoff. The Portland Thorns released their lineup and two players were listed as substitutes that fans and media alike were unaware of.

The Thorns have mystery players on the bench, because of course they do.