The curious case of Dairon Asprilla 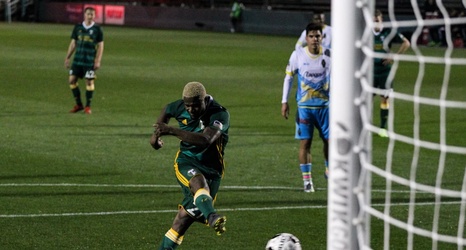 There’s a log jam up front for the Portland Timbers.

The Timbers are a team lucky enough to have a talented core of attacking pieces and depth to boot. However, with Diego Valeri, Sebastian Blanco, Jeremy Ebobisse, Lucas Melano, Andy Polo, Brian Fernandez, and Dairon Asprilla all vying for the same four attacking positions in the lineup week in and week out, at least a few of them will be disappointed come each match day. One player who has been unable to crack the MLS 18-man roster lately is the wily forward, Dairon Asprilla.