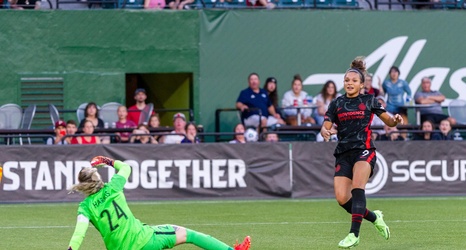 The Thorns and the Houston Dash met for the first time this regular-season at BBVA Stadium on Saturday. The teams last met in the 2021 NWSL Challenge Cup at BBVA Stadium when they shared the points after a 1-1 draw in which Shea Groom and Christine Sinclair scored the goals.

Portland registered the fastest start in club history as Sophia Smith scored within 32 seconds. Simone Charley forced a turnover in the Dash’s final third and Marissa Everett picked up possession and played it to Smith.