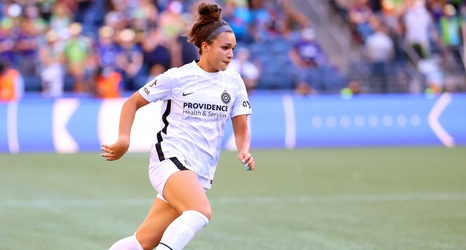 Portland Thorns FC defeated the Courage 1-0 in Cary, North Carolina. This is the first time the Thorns have beaten the Courage at WakeMed Soccer Park.

Emily Menges slipped in the second minute and gave the ball away to Lynn Williams. The Courage forward sprinted toward goal but Kelli Hubly was able to slow her down and win the ball back to prevent an early deficit.

The first half was open. Both teams wanted to build from the back and press the opposition. This resulted in the Thorns and Courage having space to exploit in transition.