Sinclair goal secures draw for Thorns against the Houston Dash 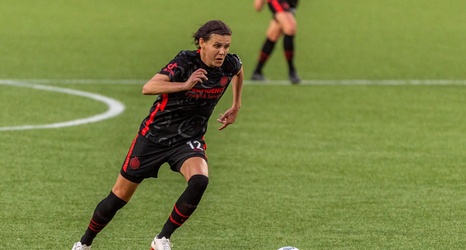 In their final match of group play, Portland Thorns FC drew the Houston Dash 1-1 thanks to a late goal from Christine Sinclair. Shea Groom had the goal for Houston.

Portland Thorns FC entered their match against Houston knowing that they will host NJ/NY Gotham FC in the 2021 NWSL Challenge Cup Final. The Thorns traveled to BBVA Stadium only to close out group play against the Dash.

Portland and Houston had their first chance within the first two minutes of kickoff. Christine Sinclair fired over the crossbar and Kristie Mewis’s cross tested Adrianna Franch.