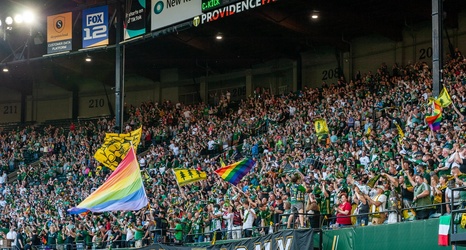 The Portland Timbers will host Real Salt Lake in Providence Park in the Western Conference Final. The Timbers will have at least one more home in this crazy ride that is the 2021 season.

By virtue of Real Salt Lake defeating Sporting Kansas City, the Western Conference Final will be played at Providence Park. Johnny Russell gave SKC an early lead from the penalty spot but RSL flipped the game on its head late in the second half. Anderson Julio equalized with a well-placed header and Bobby Wood sealed a 2-1 comeback win for RSL in second-half stoppage time.